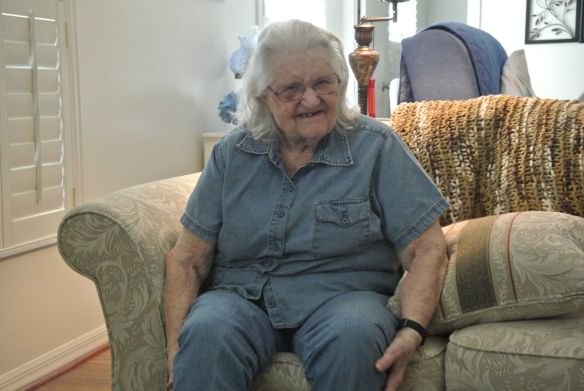 “I don’t know how I did it,” she said about this milestone birthday. “I guess it was because I laughed at everything — I wouldn’t let myself get down. I’d just go with it and work it out so I could get somewhere somehow someway.”

Her “everything” includes an unhappy home life as a child growing up in Baltimore, a stint in the Marines during World War II and several marriages that ended in divorce.

“I was in my living room with my dad and my sister — I think my mother was doing the dishes — when we heard the news about Pearl Harbor,” McCord said from her home in Inverness. “I worked at Chevrolet in Baltimore, and I was the first one out of all the people in the office, including the men, to join the military.”

She said she chose the Marines because she liked the emblems on the uniforms and she always thought of the Marines as special.

She worked in the post office on the base, in North Carolina and also in San Diego, 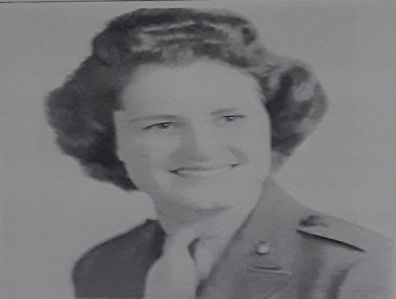 “I was in for two-and-a-half years and then I went back to Chevrolet, but I didn’t stay with them.”

McCord took a few jobs here and there, got married a few times.

“I had just two suitcases and my 7-year-old son and no money,” she said. “My father was staying at a boarding house … and they liked me there, but they didn’t like my dad. My son was in second grade, and there was a woman who I call an angel, because when I needed to get a job, she took me places and got my son breakfast and off to school in the mornings.”

Eventually, McCord made her way to Citrus County, but she doesn’t remember when. She and a husband bought 15 acres with a mobile home on it, and then when they divorced, the husband got 10 “raw” acres of land and McCord got five acres and the home.

As for turning 100, she said she doesn’t have any plans except to eat apple pie and ice cream — and her downstairs neighbor, Donna Crawford, got her a 100th birthday sash to wear.

“I’ve been coming up to visit her and check on her and do things for her,” Crawford said. “She has some great stories, and she’s a lot of fun.”

McCord said if there’s a secret to long life, it’s this: “I watched, looked and listened. I never spoke much, but I learned a lot just by those three things — except how not to pick the wrong men to marry. Also, laugh and smile a lot.”