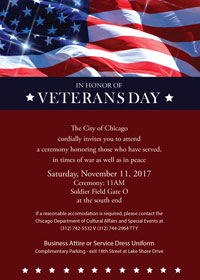 The ceremony will take place in front of the Doughboy statue. The program will culminate with a wreath laying ceremony at the Doughboy, a 21-gun salute, “Taps” and the “Armed Forces Medley.”

Soldier Field was named as such at the request of the Gold Star Mothers to honor the men lost in World War I. The Doughboy statue, originally placed in Garfield Park, was restored and installed in Soldier Field as part of the stadium renovation. Doughboy is an informal term for a member of the United States Army of Marine Corps, especially members of the American Expeditionary Forces in World War I.

Veterans Day is set aside to thank and honor living veterans who have served honorably in the military in wartime and peacetime. Originally known as Armistice Day and so declared by President Woodrow Wilson, it was created to mark the signing of the Armistice which ended World War I. Following World War II, it was declared a day to honor all veterans and in 1954, renamed Veterans Day by Congress. 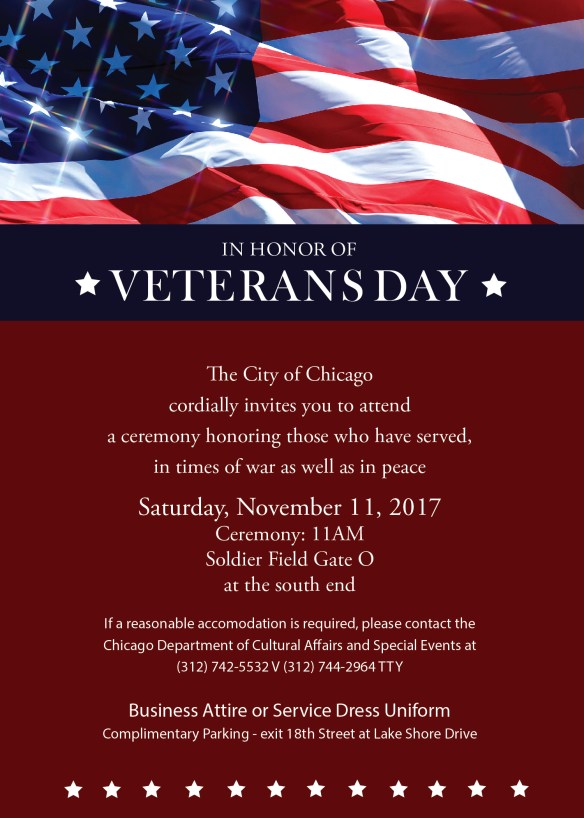