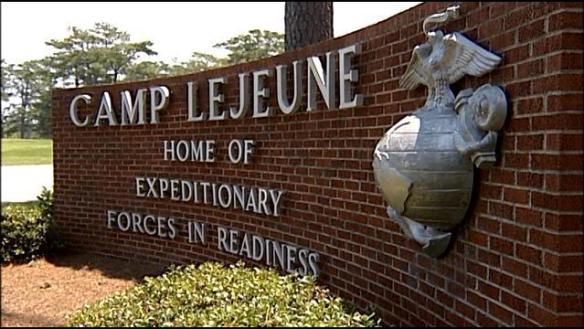 WASHINGTON – The Department of Veterans Affairs (VA) has published regulations to establish presumptions for the service connection of eight diseases associated with exposure to contaminants in the water supply at Camp Lejeune, N.C.

The presumption of service connection applies to active duty, reserve and National Guard members who served at Camp Lejeune for a minimum of 30 days (cumulative) between August 1, 1953 and December 31, 1987, and are diagnosed with any of the following conditions:

• aplastic anemia and other myelodysplastic syndromes

“We have a responsibility to take care of those who have served our Nation and have been exposed to harm as a result of that service,” said Secretary of Veterans Affairs Robert A. McDonald. “Establishing a presumption for service at Camp Lejeune will make it easier for those Veterans to receive the care and benefits they earned.”

Environmental health experts in VA’s Technical Workgroup conducted comprehensive reviews of scientific evidence, which included analysis and research done by the Department of Health and Human Service’s Agency for Toxic Substances and Disease Registry (ATSDR), the Environmental Protection Agency, the International Agency for Research on Cancer, the National Toxicology Program, and the National Academies of Science.

Veterans with 30 or more cumulative days of active duty service, at Camp Lejeune during the contamination period are already eligible for certain medical benefits, following passage of the Honoring America’s Veterans and Caring for Camp Lejeune Families Act of 2012.

In the early 1980s, volatile organic compounds, trichloroethylene (TCE), a metal degreaser, and perchloroethylene (PCE), a dry cleaning agent, as well as benzene and vinyl chloride, were discovered in two on-base water supply systems at Camp Lejeune. The contaminated wells supplying the water systems were shut down in February 1985.

The area included in this presumption is all of Camp Lejeune and MCAS New River, including satellite camps and housing areas.

The rule will be effective either 60 days after publication in the Federal Register, or following conclusion of the 60-day Congressional Review, whichever is later.