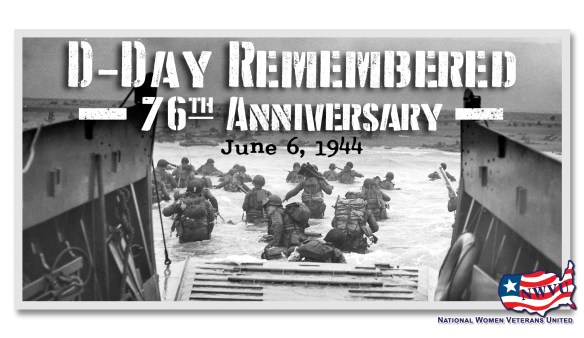 On this date, 76 years ago, June 6, 1944, American, British, and Canadian
forces stormed the beaches of France in one of the largest military
operations in history that came to be called D-Day. It was the most
desperate battle of World War II, and it changed the face of our world
forever.  It marked the beginning of the end of the German war machine and
the liberation of Europe and the rest of the world from Nazi tyranny.  At
least 4,400 soldiers were killed, but the battle ended in a decisive
victory for the allied forces, and in retrospect, we now know that this was
the pivotal conflict that turned the tide of the war. Germany surrendered
the following year after allied forces had surrounded Berlin.

Although the battle was won, the outcome was far from certain at the time.
There was a strong possibility that the operation would fail, and as we
know now, Hitler had plans to invade America just like he had invaded all
the countries of Europe. It is very possible that if the invasion had been
unsuccessful, the war could have been lost, and the world language would
now be German instead of English.

With the fate of the world hanging in the balance, President Franklin
Roosevelt addressed the nation by radio, leading the country in a prayer
and asking for the blessing of Almighty God for a successful outcome.
General Dwight Eisenhower, the supreme allied commander, also addressed the
troops by radio with words of encouragement.

On this day of remembrance, please take a moment to listen to the following
short radio addresses by Roosevelt and Eisenhower and ponder what might
have been had things gone differently. Finally, please take a moment to
reflect and give thanks to the veterans who perished… and the veterans
who continue to serve…. and always remember that things could have been
much different, if not for a few brave souls.

Thanks for reading!
Jovonne Smythe