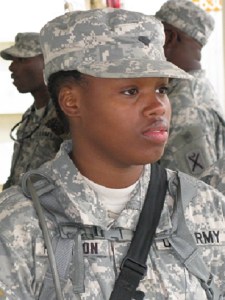 ROBBINS, Ill. — An Illinois Army National Guard soldier from the Chicago suburb of Robbins has died of wounds she sustained in an attack in Afghanistan in January.

She and four other Illinois Army National Guard soldiers were wounded on Jan. 17 in an attack by an improvised explosive device.

Robinson joined the Illinois Army National Guard in December 2004. Her unit was deployed in August 2008. It was her first deployment.

She graduated from Thornton High School in south suburban Harvey. She’s survived by a 2-year-old daughter.

‘A go-getter’ who kept others laughing

On the night Sgt. Simone A. Robinson departed for war, she held her 2-year-old baby Nyzia on her lap. She played with her until the last moment, then handed her to her mother, who would care for the girl while Robinson was away.

“She said, ‘Hurry and put her in the car,”’ said her mother, Regina Byther. “She tried to be tough, but she was hurt to leave her baby.”

Robinson, 21, of Dixmoor, Ill., died March 1 at Brooke Army Medical Center of wounds from an improvised explosive device that detonated near her security post on Jan. 17 in Kabul. She was a 2005 high school graduate and was assigned to Crestwood, Ill.

“She kept me laughing and others around her,” said Amanda Manson, a friend since 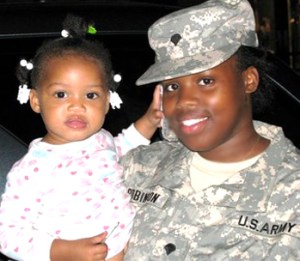 eighth grade. “She would help you when you came to her if you had problems with your work. I don’t think she ever got bad grades.”

Her father, Charles Robinson, remembered the way she made him laugh and how she sang in the choir at St. Luke Baptist Church, and the time she corrected the way he pronounced “aromatherapy.” 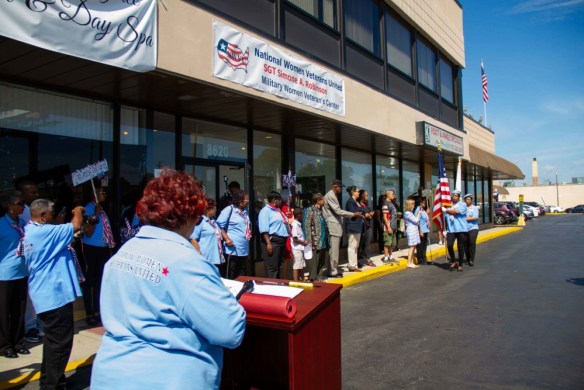 The only military women veterans center in Illinois was dedicated in honor of Sgt. Simone Robinson,

Hines VA Hospital now offering vaccine to veterans 65 and up

Hines VA Hospital has updated its COVID-19 Pfizer vaccine offering to veterans over the age of 65.[...]

We encourage our comrades and families to do self examinations often, and per your physician medical[...]